My latest for The Daily News Egypt
There's an odd story recanted to me that goes like this: A four year old girl, upon returning to Cairo and being invited along with her parents to her relative's house for dinner, glared intensely at the thing presented at the table then slowly moved her head sideways to blankly stare at her mother. “Mommy, it's fish with eyes.”

I had never seen fish with eyes at a dinner table before, only boneless fish fillets and fish fingers coated in breadcrumbs before delicately frying up to crispy tenderness. Fish with eyes belonged in gleaming fish tanks, also in the big blue sea. They ate the bread you would throw at them, similar to the ducks at the Giza Zoo that I too used to love feeding; and if you were feeding something, it would be unthinkable to fish it out and consume the thing, eyes and all. I bet I was thinking, “Why are people eating fish with eyes and not the fish fingers that are so much more humane?”
That sensitive being that was me was repulsed by the fresh oysters her parents loved and didn't like much other than pizza. Of course, I still have a penchant for pizza but have thankfully moved beyond thinking that shells belong solely on a beach to be collected by little girls in frilly swimsuits.

Getting a little older, I would sit at the table with my feet dangling off the chair and eat bone marrow from the mutton curry I'd share with my father. Since the dish didn't have eyes or a face, it didn't strike me as strange or disgusting. It was just a bone; nothing there to give it personality.

Today, vegans would hate me. I prefer to cook my fish with eyes and happily whistle as I look down at the dead body staring up at me. Without a second thought, I stick my fingers under a chicken's skin to butter it up before it's placed in the rotisserie. I try to coax as much flavor as possible out of all that I've bought. I make shrimp stock out of the heads and peeled shells and leave the tails on for presentation. My childhood empathy is lost when I try to maximize flavors. Am I so wrong?

If I'm not going to become a vegetarian or even a vegan overnight purely because of my selfish love for meat, then I would think it the honorable thing to do — to cook not only quality cuts but also those neglected cuts of meat and join the nose to tail eating movement. Fergus Henderson, an English chef and father of nose to tail eating, explained his philosophy in an interview with the Daily Telegraph newspaper some years ago: “It seems common sense and even polite to the animal to use all of it. Rather than being testosterone-fuelled blood-lust, it actually seems to be a gentle approach to meat eating.”
It seems today that inviting people for dinner comes along with beautiful beef fillets from a moist tenderloin but lacking at the table are slow-cooked briskets and seared livers, chicken and beef, spiced up and served right off the stove. Elegant guests shudder at putting their lips to a bone and most unstylishly drawing in the insides as they would the contents of their sparkling drinks.

If you too aren't planning on becoming a vegetarian anytime soon, open your mind up to the countless cuts presented to you on a daily basis and create something new. Introduce your young children or narrow-minded friends to seafood besides fish and teach them to appreciate fish still attached to the bone. You'll end up with copious ideas for meals and will probably, at times, spend a little less on the cuts of meat that most people aren't buying.

This recipe bathes the mussels in coconut milk and doesn't need much more than good bread and a cool night that holds the promise of winter. 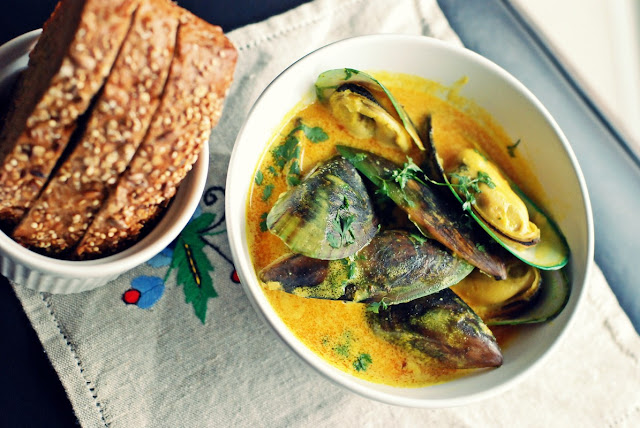 Pour in the coconut milk with one cup of water. Bring to a boil and then add the mussels. Add some salt and pepper and stir until the mussels are well coated. Cover the pot, reduce the heat and cook for about 7 minutes. Turn off your heat. Add the lemon juice and coriander and spoon into bowls. Serve. 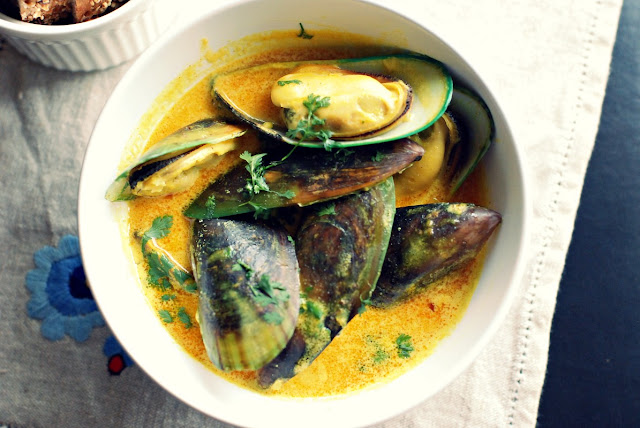 LadyBrille's Woman of the Month

Hello, hello. Dropping in quickly to let you guys know that I've been chosen as LadyBrille's Woman of the Month October 2011 for this blog that started as a self-improvement project and continues to be. Here's the full interview. Thank you, LadyBrille. I'm honored to be a part of this growing list of inspirational women. 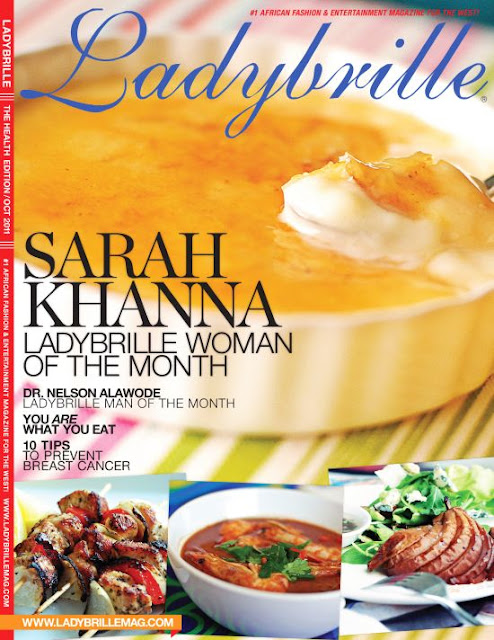 Email ThisBlogThis!Share to TwitterShare to FacebookShare to Pinterest
Labels: feature 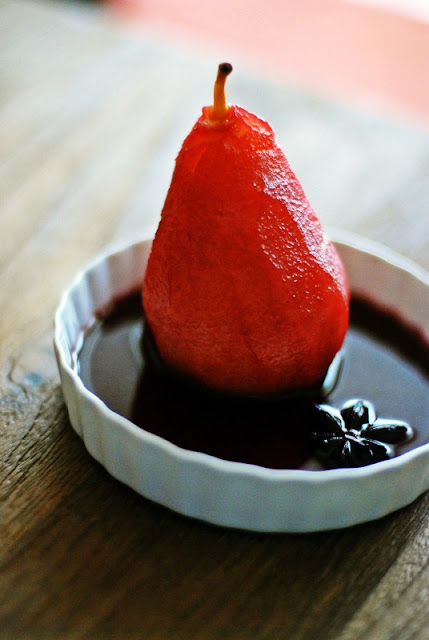 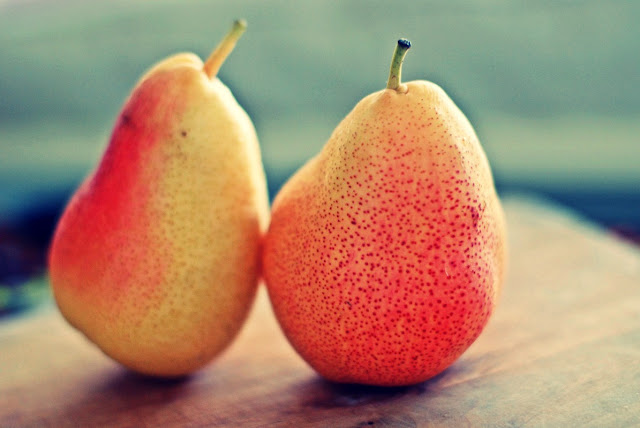 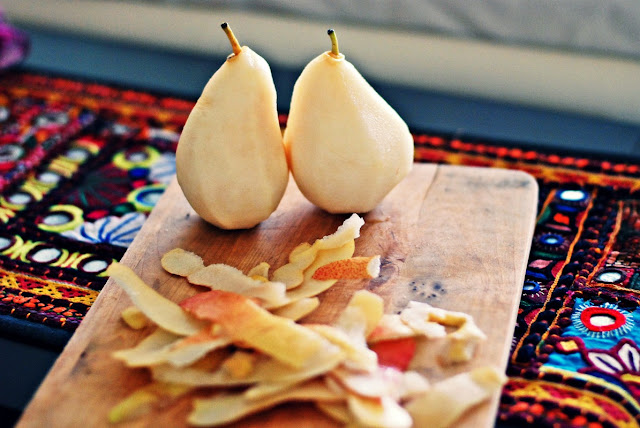 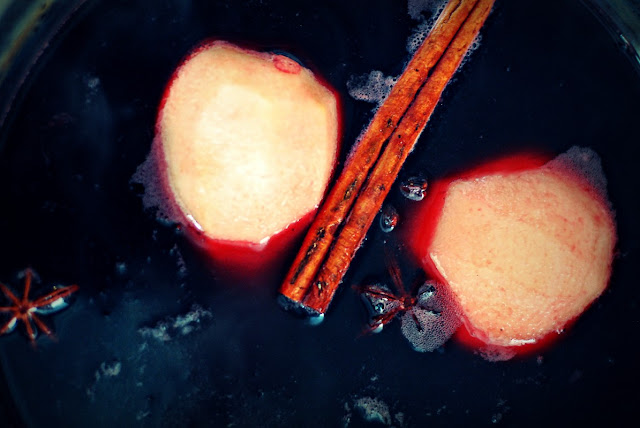 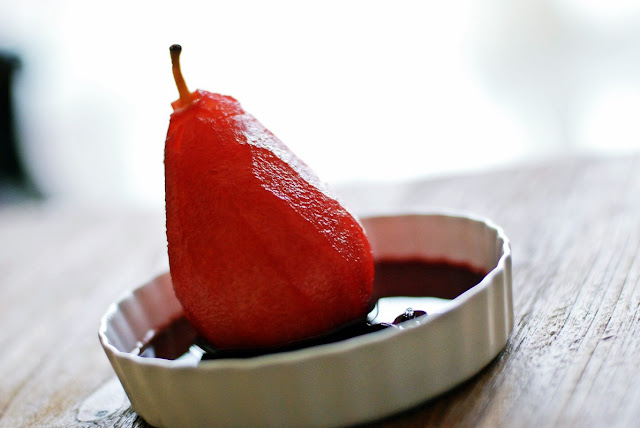