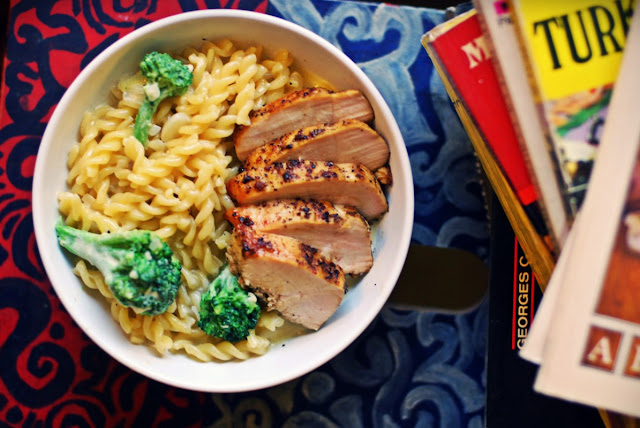 Educated Cairenes are a funny bunch, often blurring the lines when it suits them, merging reality with a glorious fantasy world where they are “better” for speaking English, where they are proficient based on a skill learned, in no detail, online.
​Among the new things that have recently astounded me in Cairo is the ability of some to flounce around the city introducing themselves as chefs without toiling in the grease of a hot kitchen — day in, day out. Some could argue that a chef in essence is the mastermind behind the menu, the director of the show — but how can we take control of the laborious task of coordinating a kitchen if we have received neither the education nor the training to apply commands correctly, let alone delegate them?
​It is unfortunate that Egyptian chefs who deserve to be called chefs aren’t the ones gaining that recognition. They are not the ones asked to be stars of an article praising both their skill and knowledge. They are not busy celebrity “cheffing” but are caught up in cooking and management, often not being the ones to get the likes on Facebook. These people are behind the scenes, cooks waiting to take the next order, invisible; and there are thousands of them in Egypt.
​So what is the difference between a cook and a chef?
​According to the three-starred New York restaurant Le Bernadin’s co-owner, Chef Eric Ripert, “A chef is a title. So, as a chef, you’re manager, basically, of your team — with many duties including the creativity and the leading role of the kitchen. Being a cook, it’s understanding the ingredients; it’s being good at the act of cooking, which is craftsmanship.” He goes on to say, “Now, I don’t think you can be a good chef if you are not a good cook.”
​This is not what I’m seeing, Cairo. Far from it. Instead, I’m seeing Egyptians and inefficient foreigners hired by Egyptians who believe they’ve been reincarnated as prettily boxed gifts bestowed upon Cairo’s food scene, doling out their PR routine at one event after another, popping open one unfinished restaurant after the next, with minimal focus on the food.
​This is not how awarded restaurants are made and it is far from what the food service industry truly represents — skills, humility and patience. Instead, we are rushing to wear our made-for-us branded toques, filling them with ambition, desires and dreams of reality TV.
​Creativity in food is no easy feat, especially once you’ve taken a long hard look at the international food world, old and new, and what people have been bringing to the table for years.
​By all means, become a chef in Cairo and call yourself one but if I’m speaking to you about outdated classics, it would be beneficial to have an idea about those I’m referencing as well as how to cook for a party of a hundred or more. If I criticize the way you cook your eggs, address my concern instead of unfollowing me on Twitter.
​It is exactly this behavior that is putting us nowhere on the global food map — all fluff and no substance.
​If you’re toying with the idea of finding a career in Cairo’s strange food world as a chef, begin as an apprentice and not the featured chef of a one-night-only event. Work your way up through the ranks of the iron-fisted restaurant kitchen hierarchy to learn the trade. Accept the advice you’re handed graciously. Don’t drink on the job. Study and hide your ego. 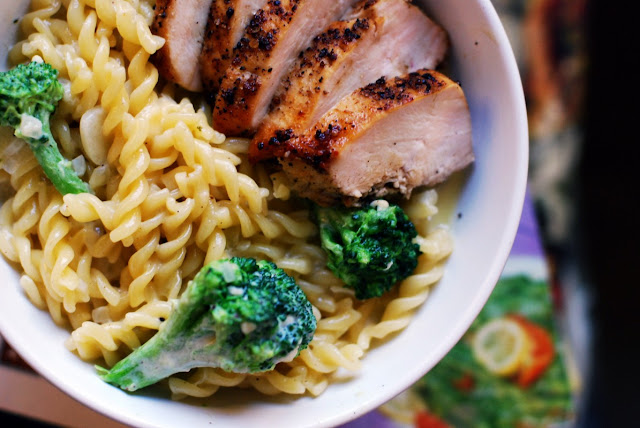 For the pasta, bring a large pot of water to a boil and cook for 5 minutes. It should be a little underdone when removed from the water. Set aside. In a large pan on medium heat, add the butter. Once it has foamed, add the garlic and onion. Cook for a few minutes until softened. They should not change color.
Add the cream and stir into the onions and garlic then add the chicken stock and bring to a high simmer. Lower the heat then add the cinnamon, pepper and salt. Leave on a low simmer for 5 minutes to thicken. Add the cheese and stir to combine. Add the pasta to the sauce and allow to cook for another 2-3 minutes until al dente.
In a separate pot, boil a pot full of salted water and add your broccoli florets. Cook for around 3-4 minutes then remove. Drain then add to the pasta.
While the sauce is left to thicken, heat a pan with a lid to medium-high heat then add the butter and oil. Swirl the pan to coat. Season the raw chicken breast then add to the pan. Leave to cook for approximately 7 minutes on each side, depending on how large the chicken breast is. Once done, allow the chicken breast to rest for a few minutes before slicing.
Slice the chicken. After plating up the fusilli with broccoli, rest the chicken on top. Feel free to add the chicken into the pasta pot to coat it with sauce before serving.