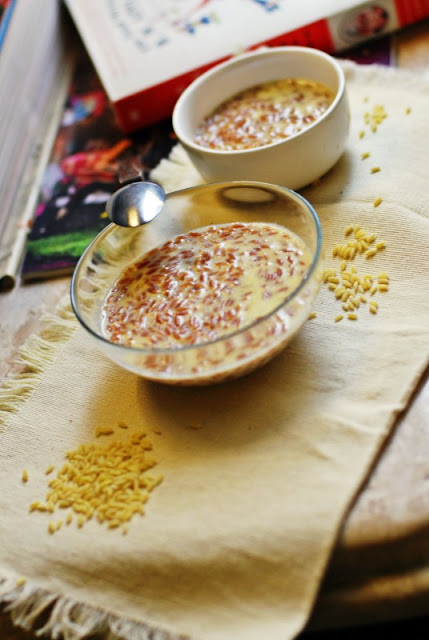 “Chili sauce? But where’s the ketchup?” I huffed and puffed at my bag of artery-blocking fries, limp after their trip to me on the back of a motorbike. Only having started to eat ketchup recently, I could not understand why my new home at the time, Kuala Lumpur, was not delivering on my need to fit into the ketchup-dunking French fry-eating globalized world of 2008. Surely I could not yet be expected to accustom my tongue to rojak (a mixture of fruit and a zingy shrimp paste dressing) when I was still so fresh off the Boeing.
When I ordered what I like to call the Cholesterol Special, I expected a thick double cheeseburger and fries with a side of the all-important pseudoplastic ketchup. No sweet chili sauces lay seductively in my fantasies and no downsized buns; but reality put them both in my path along with fried chicken that had none of the classic MSG-laden peppery KFC flavor. Instead, they were pushing something called “Tom Yum Crunch” for a limited time only that seemed to last for a lifetime and which was similar on your tongue to Chipsy’s unpleasant chili-lime flavor, industrial and heavy.
Now, let’s dismiss the fact that I was indulging in disgustingly corporate fast food in the largest of sizes, and in its place focus on the customization of fast food chains. Why couldn’t I find what I was looking for at a chain that was supposed to offer me the same product worldwide?
In my annoyance as a customer, I forgot about my background in advertising and that these corporations were willing to shake off some of their roots to embrace new cuisines thus achieving “market penetration” via bizarre offerings like the McArabia in the Middle East and the McSatay in Indonesia. It wasn’t their fault. I was just in the wrong “me” society — one that demands of companies to tailor their products to the culture to survive and dominate. I felt completely left out. 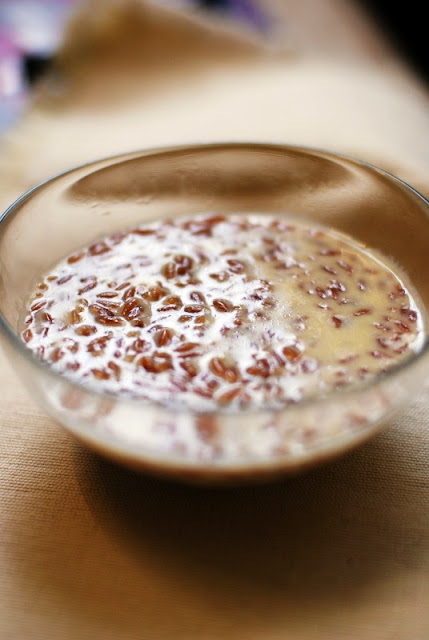 As featured in The Egypt Monocle
Amidst rethinking my relationship with ketchup and my taking it for granted at my neighborhood McDonald’s, I decided that I would teach myself to eat better, leap into the food culture that was presented to me and to eventually customize our own Egyptian recipes to tame, reinterpret or enhance the flavors for my Southeast Asian dinner guests.
This lasted a while and out of it came a remodeled koshari pasta dish without the added heaviness of the rice, a fillet of sole en papillote with dukkah, a brûléed lemon mehalabia and poached pears in spiced karkadeh among other things; but then it stopped and I became corporate, uniform, bland.
I took the easy way out: pesto pastas and brownie variations; recipes that you could easily find elsewhere; food that despite enjoying never became “me”. Like those fast food corporations, I did as I chose until I gained approval and found demand for ease, convenience and comfort.
So I’m slacking no longer, at least for as long as it lasts. I’m shaking up those old recipes I’m bored of and I’ll try not to be much of the staunch traditionalist that I’ve gradually become. I’ve already managed to embrace all the sweet chili sauces that have been thrown my way and will watch out for international interpretations of local favorites. Zooba in Zamalek has been doing it for a bit now and it’s about time we begin to experiment with what we’ve got, using the influx of new ingredients on the Egyptian market. 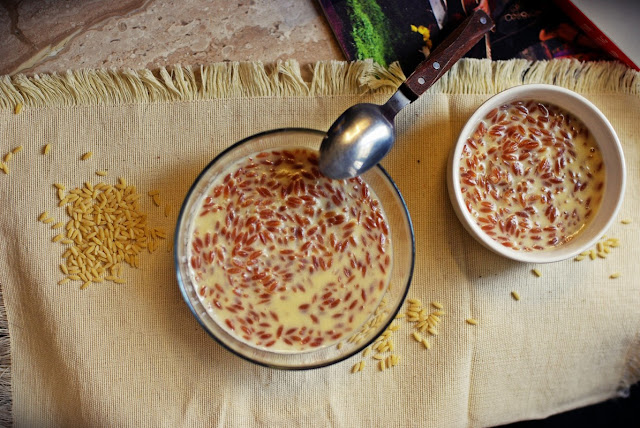 Browned Orzo Pudding
(Makes 4 small or 2 medium sized servings)
You’ll need:
½ cup of orzo
1 tablespoon of ghee
1½ cup of milk
¼ cup of sugar
3 large grains of mastic, crushed
½ a teaspoon of ground cloves
Zest of ¼ of an orange
1 heaped teaspoon of cornstarch + 3 tablespoons of cold water
In a medium-sized pot, melt the ghee on medium heat. When hot, add the orzo and fry in the ghee, stirring constantly until golden brown. Add the milk and bring to a gentle boil then turn your heat down, add the mastic, clove and orange zest then leave to simmer for around 7 minutes. Add the sugar and stir to incorporate. In a small bowl, add the cornstarch to the cold water and stir to dissolve. Pour your cornstarch mixture into the pot and again, stir to combine. Leave to cook for another 3 minutes or until the orzo is cooked through and al dente. The pudding should start to hold on the spoon. Pour into individual bowls and serve warm or refrigerate for at least an hour then serve cold.