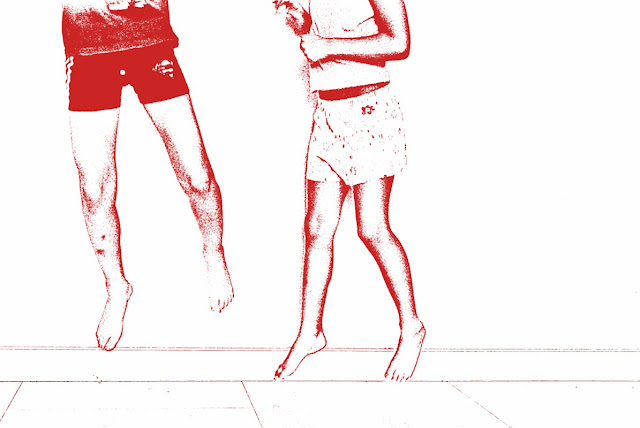 Dear Disney Channel,
Do you know how sneaky you are? You've always been sneaky, yes, making us little Muslim girls on the other side of the globe think we can Americanize ourselves and marry Cory Matthews and Ben Savage way back in the 90s to the complete Jonas trio, the current Disney "it" boys. See, Disney, I was fine with that. I didn't have a problem when you made our hormones race over boys we wouldn't ever consider marrying when we grew up. But now, you're just cheap. Now you want our little girls wearing Jimmy Choos and Prada but pray tell, Disney, are you going to buy them too at the marked up prices that are even higher than that of your "developed world"? Do you really believe that a child watching the evil blonde bimbo sing lyrics that go like this: "Iced tea imported from England, lifeguards imported from Spain" and "Fetch me my Jimmy Choo flip flops, where is my pink Prada tote? I need my Tiffany hair band" will actually believe that the evil bimbo brat is evil, horrid and a bad role model? Or do you think they're going to wish they were 16 so that Daddy can buy them Jimmy Choos with his spare money? Disney, you're an evil cow. Eff you very much for forcing me to explain things that are a little too early to explain. I will now have to try to convince the kids we're Arabs AGAIN through fake Shish Tawooks. You suck. 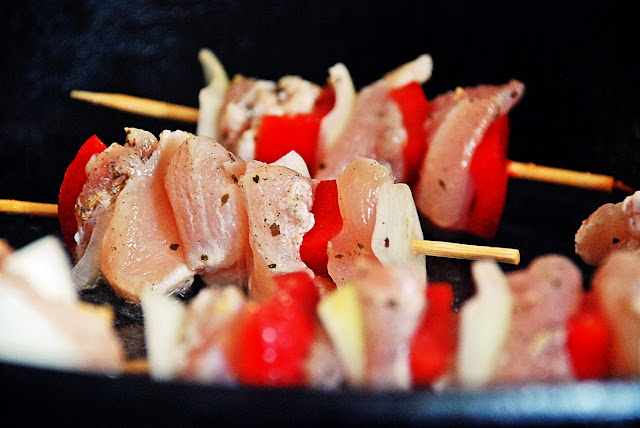 
I marinated the chicken for an hour but you're welcome to marinate it for longer. 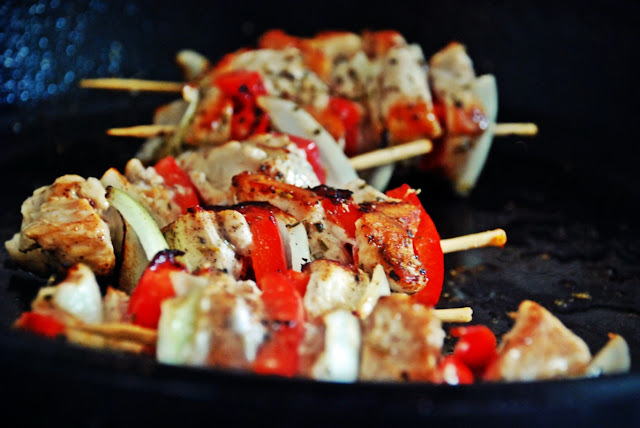 Browning up a bit.

Put your thyme, rosemary, parsley, salt and pepper in a bowl and combine. Add the oil and lemon juice to your mixture and whisk lightly with a fork. Pour it all over your chicken, which should be cubed into small cubes. Isn't it awkward when you use the same word often in a sentence? Toss the chicken in the marinade until it's all coated. Slippery stuff. 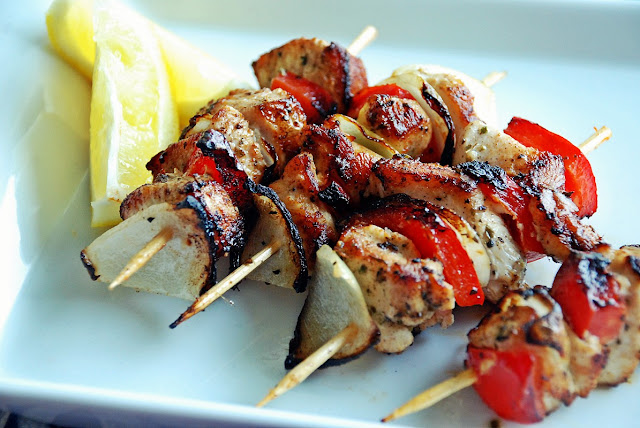 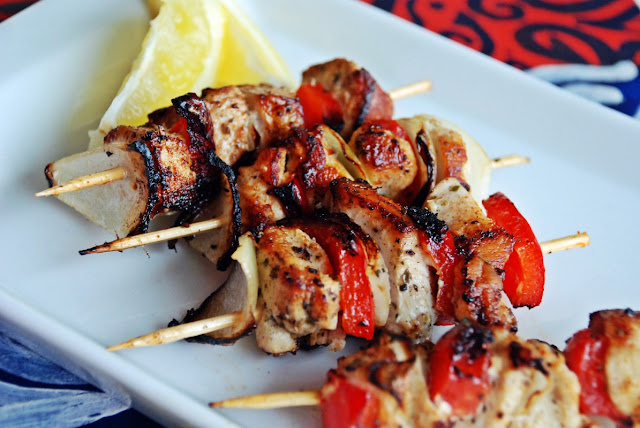 Get your skewers and start threading, alternating the pepper, onion and chicken. Pour some olive oil into a large pan, or a small pan, but you'll take so much longer, which just gets boring and then you end up smelling of chicken a little too much. Place it over medium heat. Cook on each side for 5-7 minutes. Take it off the stove and get excited. Whee! Eat! Double whee! 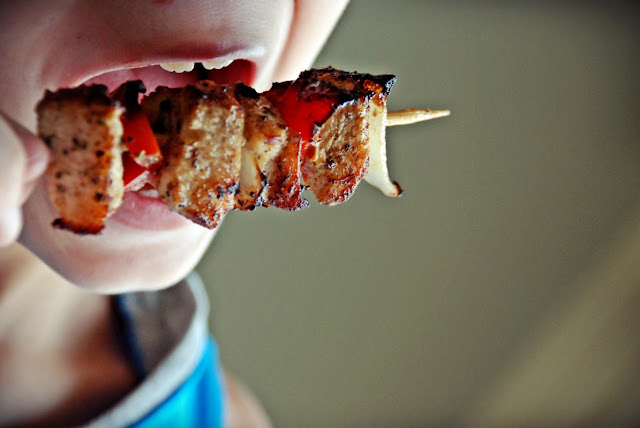 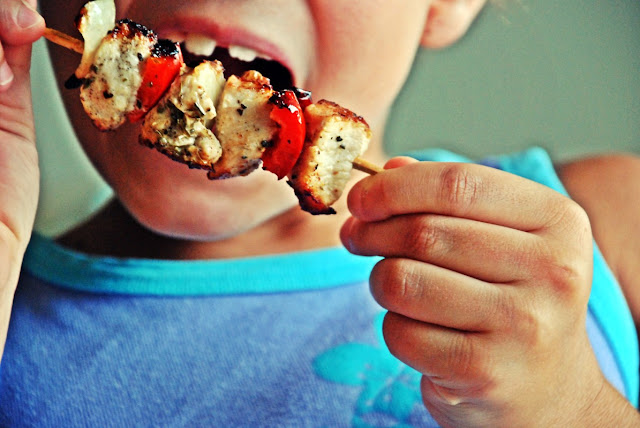