I put my new clothes on, tugged on my pretty jacket and straightened my back with my head held high, trying to preen in front of the mirror. Watching my mother from the sidelines applying a sleek stroke of liquid eyeliner, I wondered when I too would be able to watch my own face transform from the clean-faced little girl to a mascara-laden wide-eyed spectacle. 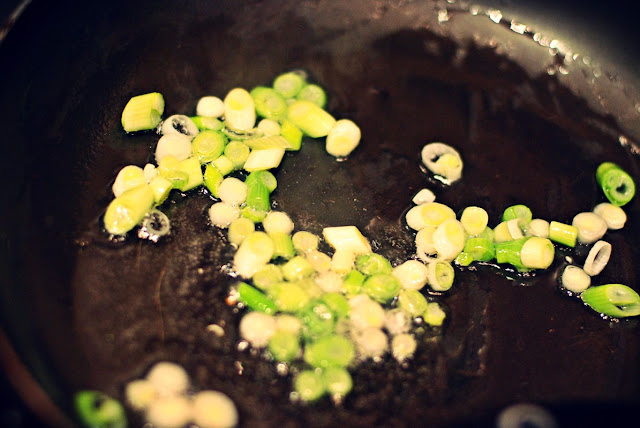 Minutes later, I received a sealed envelope with my name written in a personal hurried cursive - "Sarah." Peaking inside was my annually dependable stroke of luck, my "edeyya" or Eid money, that which was handed out to children to buy whatever it was their little hearts desired on Eid Al-Adha, a special occasion in most Muslim households. Of course, kids weren't allowed to buy the item of their choosing because it was never suitable for their age.

Driving over to my aunt's house, we'd watch children, unlike us who sat politely in the car, clapping to a beat that pounded from a small truck spilling droplets of blood along the road. They'd dip their hands into the freshly slaughtered sheep's blood, teasing each other in between giggles, finally wiping their hands down on the sheep's shorn woolen fleece hung along the side of the puttering truck. I had never seen anything dead before. The only blood I had ever touched was mine. This remained until I was much older. 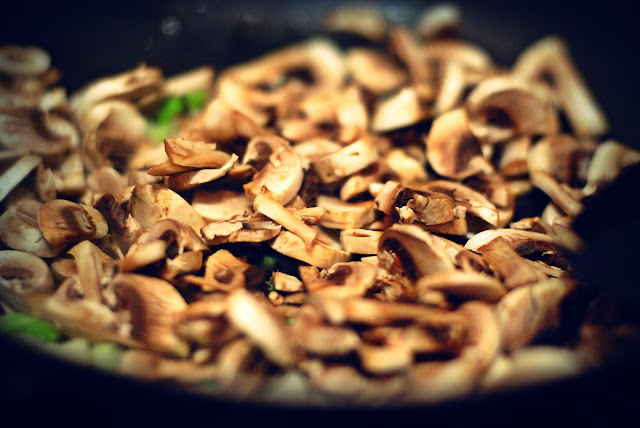 On the cold morning of this Eid Al-Adha, I, now 27, hurriedly piled layers of clothes on without a second look in the mirror; dragged, with a trained hand, my eyeliner onto my eyelids and slipped into my comfortable old sneakers. There was nothing new except for the house we were now living in and that I would watch a sheep's last moments only moments later; the same sheep we bought the night before and carried home in our car – the one I talked to, fed and marked with green paint. 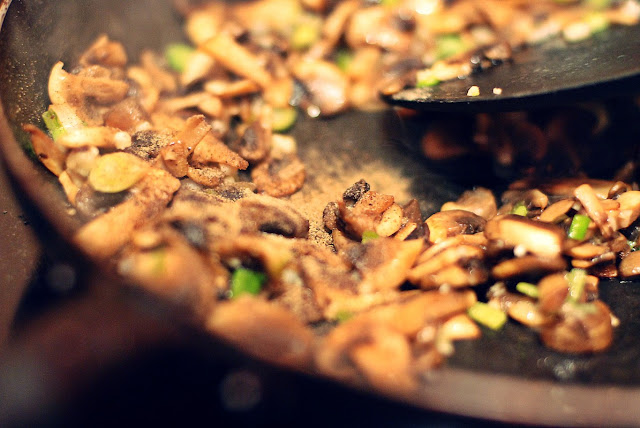 Driving over to the designated area, I hopped out of the car, straightened my back, hung my head low and walked toward the sheep already being dragged out by the burly men, their white shirts drenched in red. Pinned down, the sheep surprisingly remained calm, despite his fellow companions laying motionless beside him. In retrospect, if my voice hadn't chosen to disappear deep within me at the time, I would have tried to pleasantly ask the butcher to shield the sheep's eyes from the its unpleasant surroundings. 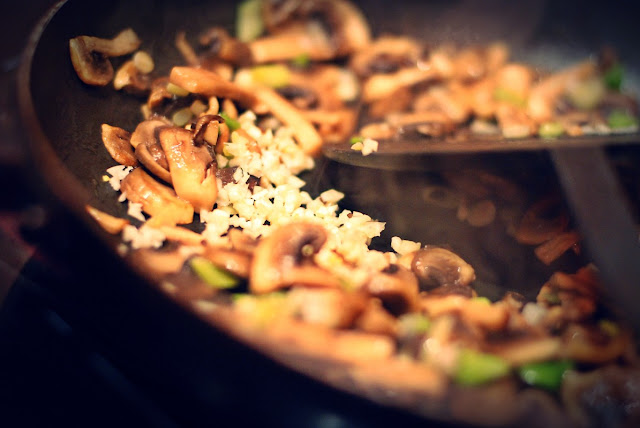 In moments, it was all over. Children clamored to hold the carcass as the man blew it up to prepare it for skinning while others waited to receive their annual share. A woman was busy at work, cleaning out the contents of exposed stomachs while I stood and watched. I had never felt more useless in my entire life. 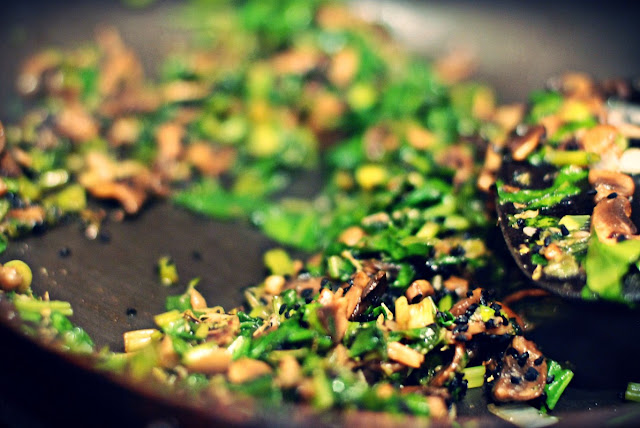 When it came time to share the meat, a middle-aged man carried the bright hot liver triumphantly and presented it to my husband; the blood dripping down the side of his arm as he grinned on. “Come! Take the liver!” he urged, but something told us that he was urging us to let it go, to let it belong to him, to allow him to enjoy the rarity that is fresh liver. 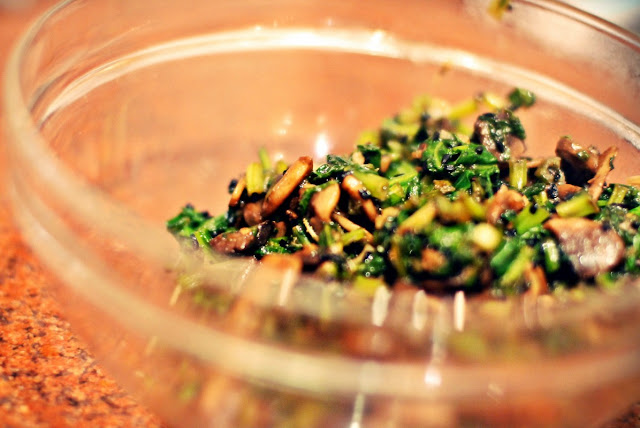 Many Egyptians today shy away from slaughtering animals and prefer to give money to those that will slaughter for them, preferring to play the innocent predator who will eat from the kill but will participate in none of the butchery. We have killed insects at the very most.
It is easier to consume mass quantities of meat when you forget the tiresome process that gets meat to your table. It is easier to forget and avoid the knife because you are not a killer. I cannot see myself running away anymore. 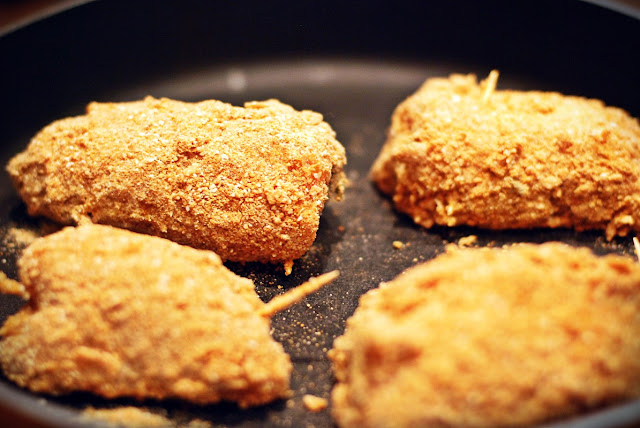 In our home, we have decided to learn how to slaughter and butcher. I know that we will not be able to sustain it but if we are to use our teeth on cooked chicken, we should be able to place a knife against it and learn the most efficient way for the animal to die humanely. Until I gather the courage, I'll watch the butchers do their job and await hate mail from vegetarians around the world asking me to save the chicken. 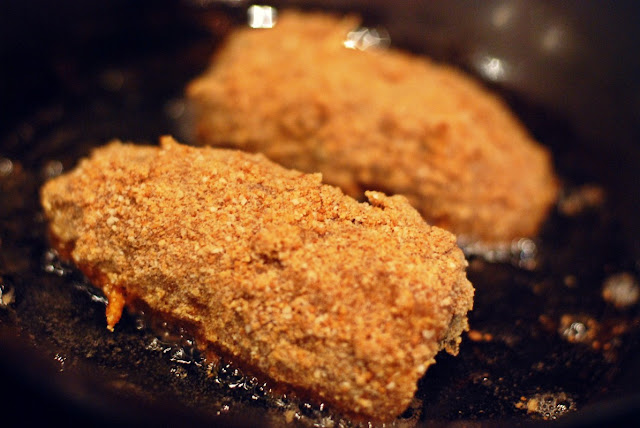 Place a pan on medium heat. Gently heat 1.5 tablespoons of oil. Add the scallions, garlic and black sesame. Let it cook for 2 minutes before adding the mushrooms to sauté. Cook for 5 minutes. Add the spinach. Once it has wilted, add the Worcestershire sauce. Toss the mixture. Remove from the heat and allow it to cool. Place each chicken breast between 2 sheets of plastic wrap. With a rolling pin or a meat pounder pound each breast to 1/8-inch thickness. Discard plastic from the topside of each breast. Salt and pepper the chicken. Spread your cooked mixture along the middle of the breast. Using the bottom layer of plastic wrap, roll each breast lengthwise. Tuck in the ends. Hold the seams together with toothpicks. Repeat with each breast. Refrigerate for at least 2 hours or overnight. After chilling, remove the plastic wrap. Dip each rolled breast into the beaten egg then roll in the breadcrumbs. Heat a pan on medium heat. Melt the butter in the remaining oil. Place each breast in the pan, sealed side down. Cook for 18 minutes or until golden brown and cooked through. Remove the toothpicks and serve. 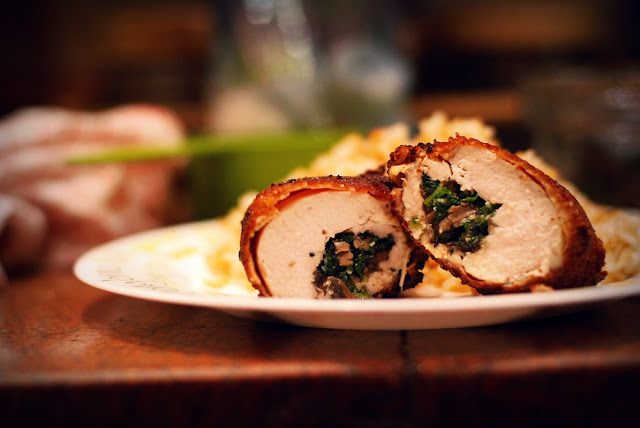