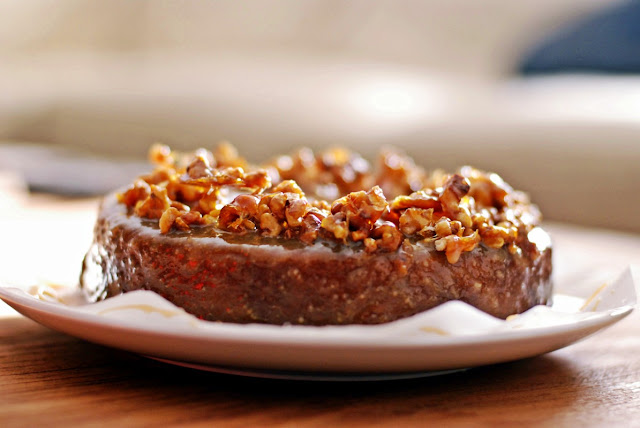 As featured in The Egypt Monocle
There is usually that one thing you wished you were when it comes to your career: bolder, smarter, luckier. I have none of those desires but feel that it might have been easier to climb that ladder in the male-dominated food industry if I was born a man. 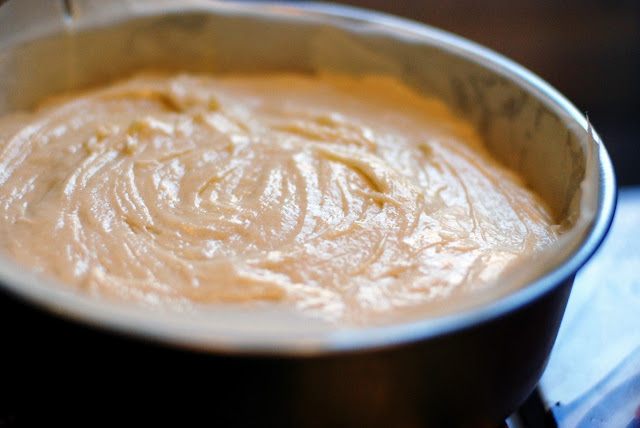 “So, what’s next? Knitting?” asked a friend, a previous colleague who could not wrap his head around the idea that I had left a well-paid job in advertising, in selling fantasies to people, for a career in, according to him, frosted cupcakes. The fact that I did not have a single published cupcake recipe mattered little. If I was an Egyptian woman who chose a career in food, it must be cupcakes, cookies or both. In his mind, I had unexpectedly transformed from Destiny’s Child’s independent woman in 2000 to a 2012 cross between Betty Draper and Martha Stewart, a meek and modified version of me that wears a pink polka dot apron tied neatly around her waist. 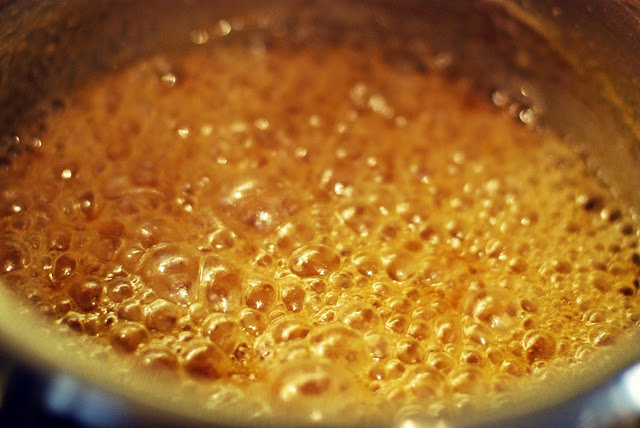 Upon receiving news that I had started a food blog early in 2010, my mother urged me through phone calls from Cairo to Kuala Lumpur to start looking for a job in my field, advertising that is, so as “not to let it go to waste.” My friends encouraged me through a sympathetic click on Facebook’s like button to cheer on their friend who had recently become domesticated.
A little while later, my family and friends embraced this new identity of mine but only when I got a job to write a weekly column about food, to share my recipes in a reputable printed newspaper, ink stained fingers and all. After returning to Cairo, I was contacted to develop recipes for a new product line at a popular local chain. Being a lady, I was graciously allowed to work in my own home until the time came to train the staff — chefs that had been in the business for years, who had worked in the kitchens of restaurants like the ever popular La Bodega. 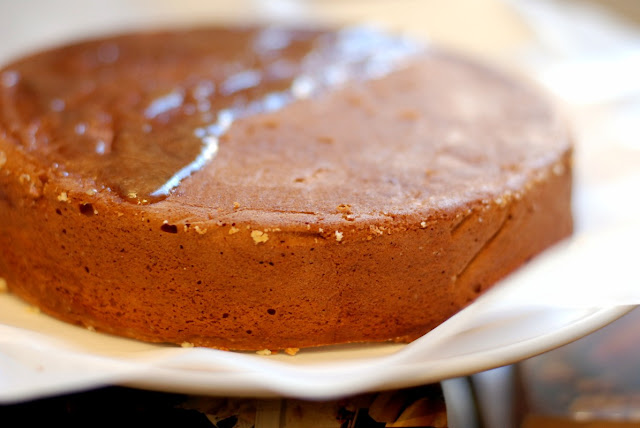 Entering the factory where I would be teaching, I was asked what I wanted to drink then was offered the only seat in the room. These guys had never worked with a woman in a professional kitchen and in reality, didn’t like it much now that they were. The knife was pulled out of my hand several times. I was asked how I wanted the lettuce chopped in their lingo, them wholeheartedly believing that I wouldn’t understand their fancy badly pronounced French terms. It was also decided that I would have the owner accompany me throughout the day to make sure that I, the lady, would not be bothered much.
Weeks later, I attended a private dessert tasting at a crowd-pleasing Zamalek restaurant. Getting to know the chefs afterwards, I asked what I would need to do to study at the Egyptian Chefs Association, previously having completed a few short courses with the French Culinary School in Malaysia. One of them eagerly suggested that I register for the “housewife diploma.” I didn’t know there was such a thing and quickly changed the subject trying to shake off the thought that I was still perceived as a housewife. 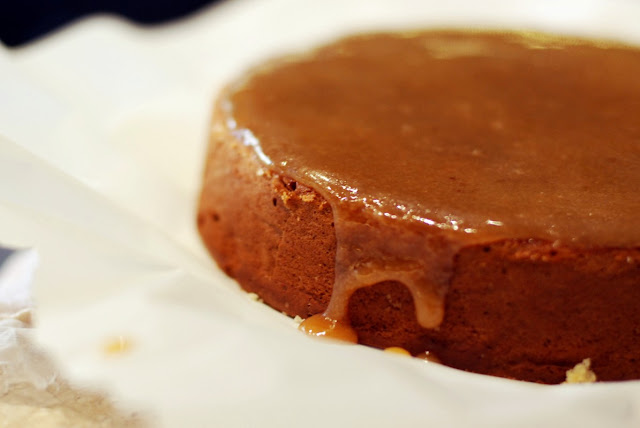 It seemed that I didn’t fit into many Egyptian restaurant kitchens because even if there were women in those kitchens, they were always underprivileged, seen as workhorses with no creativity. There was no space for me, except as an intern at a cupcake shop.
I could say that it is much easier today to break into the Egyptian restaurant industry as a woman, especially with the right connections, but it almost always revolves around catering, becoming a pseudo-celebrity and getting your photo taken at every gig, becoming a television persona that cooks to teach people who don’t know much about food or becoming a food writer who works to bring a unique voice to the scene. For a city packed with places to eat, a female chef isn’t a common sight in Cairo. What’s also disappointing is that when a female cook gets the recognition it is usually for being a woman, for contradicting the norm and not at all for the food she’s plating up.
By all means, be enthusiastic about finding yourself in the Egyptian culinary field as a woman but prepare for the awkward answers you’ll receive, the challenges you’ll be presented with. Understand that you might be seen as a pretentious socialite who has nothing better to do with her time or that your profession may be considered menial and that it is unnecessary for you to place your hands in the cavity of a chicken if someone can do it for you. It takes much effort and a lot of time to get anywhere in Cairo regardless of the traffic. 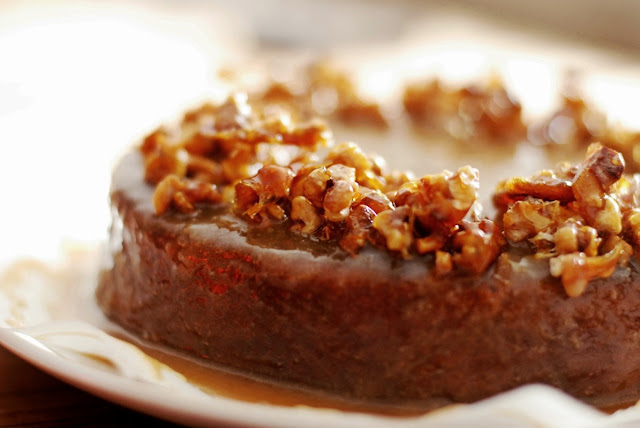 Walnut Caramel Cake
Adapted from Gourmet Magazine, January 2008
You’ll need
2 cups + 2 tablespoons sifted cake flour
1 teaspoon baking powder
3/4 teaspoon baking soda
1/2 teaspoon salt
1 stick unsalted butter
1 cup sugar
1 teaspoon vanilla extract
2 large eggs
1 cup buttermilk
Caramel glaze
1 cup cream
1/2 cup light brown sugar
1 tablespoon light corn syrup
1 teaspoon pure vanilla extract
Candied walnuts
¼ cup of sugar
¾ cup of walnuts
A pinch of salt
Heat oven to 175°C. Butter a medium cake pan. Line with baking paper. Sift the flour, baking powder, baking soda, and salt. Beat butter and sugar in a large bowl at medium speed until pale and fluffy, then add the vanilla. Add the eggs, beating well after each addition. Beat in buttermilk until just combined (mixture may look curdled). Add flour mixture in 3 batches until each addition is incorporated.
Spread batter in pan then rap pan on counter to eliminate air bubbles. Bake until golden and a wooden pick inserted in the center comes out clean — 40 minutes. Cool for 10 minutes, then run a knife around edge of pan. Invert on a wire rack then cool completely for one hour.
Bring cream, brown sugar, corn syrup, and a pinch of salt to a boil in a heavy saucepan over medium heat, stirring until sugar has dissolved. Boil for 7-10 minutes depending on how thick you want it then stir in vanilla. Put rack with cake in a shallow baking pan. Pour glaze over top of cake. Cool until glaze is set — 30 minutes.
In a pan toast the walnuts then set aside. Pour sugar into the pan and cook on medium heat. Stir when the sugar begins to melt and continue until it turns a medium amber. Add the walnuts to the caramel to coat each one. Once done, spread onto a baking sheet lined with baking paper and separate the walnuts using two forks. Sprinkle with salt, cool then arrange on the cake.