Here's my new column for The Daily News Egypt.

My husband relocated to Malaysia a few months before I did. While I was busy boxing up what little we had made of our first makeshift home and saying my weepy goodbyes to Cairo, he was getting acquainted with Kuala Lumpur, what was to be our new home and what is often highlighted as a honeymoon destination.

By the time I arrived, Husband had developed an affinity to the scandalously hot Thai soup, Tom Yum Goong, or as he liked to call it, “Yum Yum soup.” Being a lifelong soup lover, I became excited at the prospect of finding this magical soup around every corner of Kuala Lumpur.

What I couldn't understand was why he, who generally looked down on soup, had suddenly become enthralled with that particular combination of flavors lying in a pool of steaming orange water. That was until I had it myself, in its true form, the way it is prepared for beggars and kings alike, with its fiery goodness defying the humid heat of Kuala Lumpur.

Combining the elements of Thai cooking this spicy, sour, and salty but sweet soup, pungent with fresh aromatics and savory depth, came alive with the final lashings of limejuice. Considering the abundance of Tom Yum Goong I consumed, I rapidly started understanding the delicate balance of flavors. It became instinctive; you would know the minute an ingredient was lacking. Was it the chili powder? Did they use fresh shrimp stock? Are those canned mushrooms?

One sip, my nose runs. Second sip, my eyes water. Third sip, this is child's play, I think. I'm half Indian and I'll continue to hydrate myself with the spiciest of liquids consumed in Asia. Who knows? Establishments serving the soup might be overtaken by neighboring fast food chains sooner than we think.

It took me three years in Malaysia to gather up the courage to make it. I prepared all of the ingredients carefully and operated as though I was being tested. If I failed, the disappointment would be great. Little did I realize that it was in fact quite a simple dish in need of a little attention and a mouth that constantly tastes to find the answer to the equation.

This week, I found myself trapped by a storm at home with fresh prawn, a craving for Tom Yum Goong, and a lack of fresh Thai herbs. After finding a great recipe, taking the tom yum jump and succeeding at recreating it at home a month ago, I decided to try the method out using flavors that were more particularly Egyptian. If it goes horribly wrong I thought and I can’t get the salty, sweet, sour, spicy combination right then I’ll call it something else, won’t tell anyone and eat it anyway.

It worked! Yes I’m as surprised as you are. It all boils down to the fundamentals of a cuisine and in this instance, Thai. I don’t have magic in my fingers and my skills are not gasp-worthy. Not at all. The sweetness came from the aromatics, the peppers and the prawn, the spiciness from the fresh ground chili, the sourness from the tomato paste and lime juice and the saltiness from the salt and accompanying spices. In essence, you’re just tossing it all into a pot and watching the magic unfold from a simple simmer. Use as much chili as you can handle. Live a little. 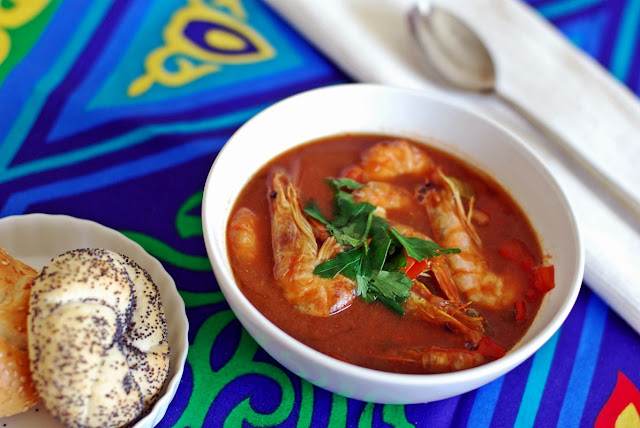 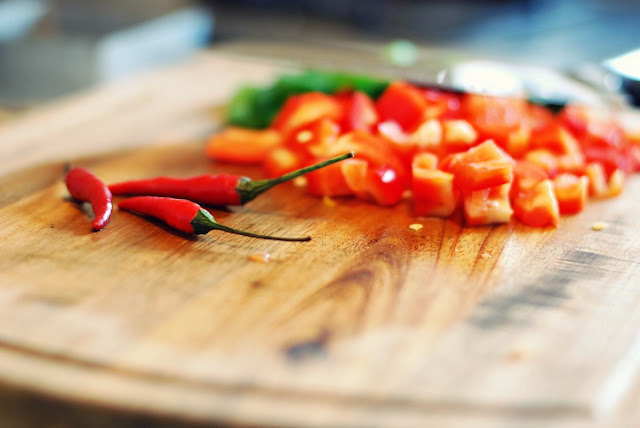 You can make this on the stove for a quicker meal but I prefer the richness that it develops in the oven if I have the time. Place the peppers, onions, celery, and sliced chili into a deep oven-proof dish. Add the ground cumin, coriander and chili powder then season with salt and pepper. Mix together until the spices coat everything evenly. 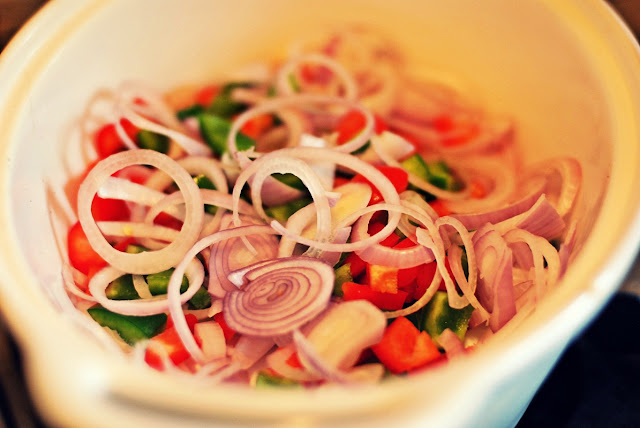 In a separate bowl, Add the tomato paste to 2 cups of freshly boiled shrimp stock or water and stir until the paste dissolves. Pour the prepared liquid onto your vegetable mixture and cover. Place in a preheated oven of 200 degrees Celsius for 30 minutes. Lower the heat to 180 degrees Celsius, remove the lid and allow to simmer in the enclosed heat for another 20 minutes. 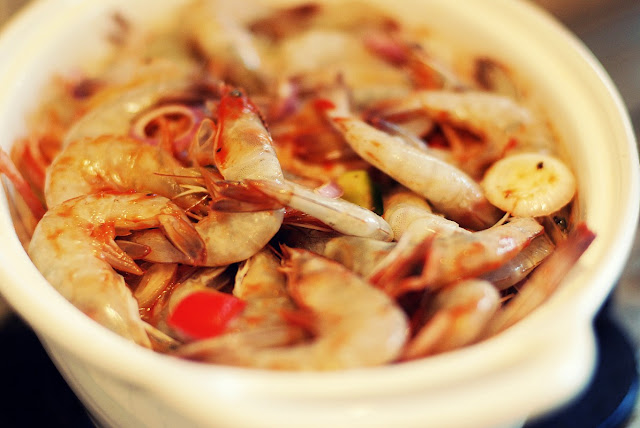 Remove from the oven, add the lime juice then the prawn. Make sure it is immersed in the soup. Return to the oven and continue to simmer for another 20 minutes. Garnish with chopped parsley. Serve in a bowl with a side of rice or crusty bread. 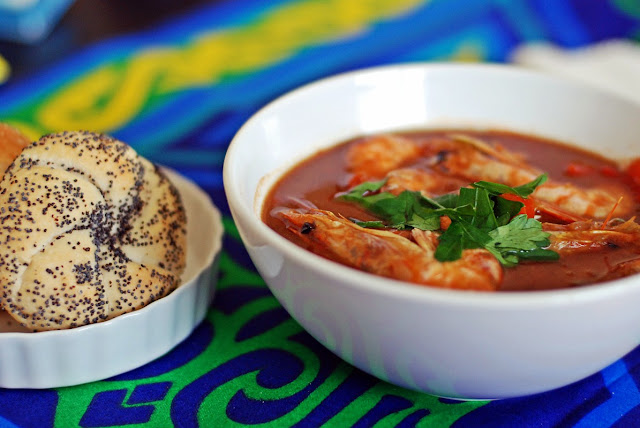